How to (or How not to) Get Pregnant 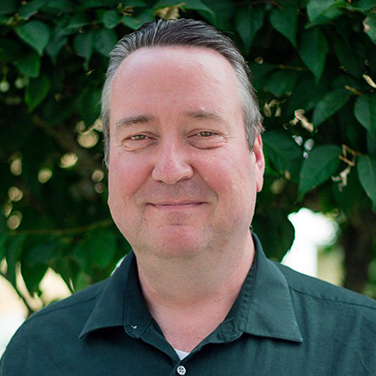 Conception is based on an intricate series of simultaneous events.

About once a month, the lining of the uterus begins to thicken in preparation to receive and nourish a fertilized egg. At the same time, hormones from your pituitary gland stimulate your ovaries to release an egg, or ovulate. This happens about 14 days before your next menstrual period is due. The egg is released from your ovary and travels into your fallopian tube where it can be fertilized by a sperm.

If you are looking to conceive, the best time to have intercourse is from a day or two prior to ovulation, and for about a day after ovulation. The egg has about 24 hours to unite with a sperm. Sperm cells can last in your reproductive tract about two to three days. If you are trying to get pregnant, this time of ovulation is the best to have sex. Once the egg is fertilized it will travel to the uterus and attach to the thick uterine lining. This is where pregnancy begins. If the egg is not fertilized during this critical time, it will disintegrate in the uterus. Then since the thickened uterine lining is no longer needed, it will be shed over a period of 2 to 8 days.

When are you most fertile?

This is quite effective for women with regular predictable menses. If you know that you have a menses every 30 days, then you can fairly accurately calculate that you ovulate 14 days prior to your next expected menses, or 16 days after the prior menses started.

The cervical mucus becomes thinner, clearer, and more hospitable to sperm trying to navigate through the cervical canal and into the uterus at the time of ovulation. Women can learn to recognize this change in their cervical mucus at this time of their cycle. At the time around ovulation, the cervical mucus can be stretched between the fingers to a much longer strand than at other times of the cycle.

The hormone released from the pituitary gland that stimulates the ovary to release the egg is called luteinizing hormone, or LH. LH is excreted in the urine, and kits have been developed to test urine for the presence of high levels of LH. These kits are similar to urine pregnancy kits testing for HCG, the hormone present in high levels after conception. By testing for LH in the urine about every 6 hours in the mid-cycle time when ovulation is expected, a woman can pinpoint the time of her ovulation quite accurately. This method is used in many infertility clinics to know when to do artificial insemination or to detect the presence of an ovulatory cycle. The drawback to this testing is that it can be moderately expensive. Also, knowing the time of ovulation with such accuracy is not usually needed to give a couple a good chance of conception.

1. Have sex frequently and especially during the time your egg is released to the time it is traveling to your uterus.

3. Consider preconception planning with your physician. Your physician can help identify lifestyle changes and improvements that can better your chances for a healthy pregnancy.

4. Do not smoke because tobacco changes the cervical mucus, which may keep the sperm from reaching the egg. Smoking also may increase the risk of miscarriages and decrease the amount of oxygen the baby is receiving.

Most healthy couples who are having frequent unprotected sex should conceive within one year, however some couples may need help. If you 35 years or older and your periods are more than 25 days apart or you or your partner has known or suspected fertility issues you should seek help from your physician. Infertility affects both men and women equally, but treatments are available. For men the first step is a sperm test and for women doctors will run a test to see if the ovaries are working properly. Drugs or surgeries are common treatment. According to the National Women’s Health Information Center, two-thirds of couples treated for infertility go on to have babies.

There are several contraception choices available, and with good reason; because no two people are alike, no one method is right for everyone. The most popular methods of birth control are condoms, the pill, injection, the patch, IUD, Implanon and NuvaRing. However, there are a multitude of methods of contraception, and your SFM provider will help you find the method that is right for you.

A condom is a thin shield that is fitted directly on a man’s penis. It traps the semen expelled from the penis during intercourse, preventing sperm from fertilizing an egg. There are many types of condoms available; most are made of latex rubber, but some are made from animal tissue like lambskin (also called “natural” condoms). They may be lubricated or ribbed or treated with a spermicide.

Latex condoms, especially those that are treated with a spermicide, help prevent both partners from giving each other sexually transmitted diseases (STDs). Condoms can be bought without a prescription. A condom is worn on the penis. It collects semen and prevents sperm from entering the uterus. Although condoms are quite effective, they may tear or slip off during intercourse.

Oral contraceptives suppress the hormones that cause ovulation. Hormones (chemicals made by the body) direct the process of ovulation. Some hormones signal for egg follicles to mature in the ovary, for example, others trigger the thickening of the uterine wall. Oral contraceptives consist of man-made versions of two of these hormones; taken daily, they block the usual hormone “messages” that direct ovulation. No eggs are produced, so conception is prevented.

Contraceptive injections are given to you by your doctor as a hormone “shot” into the muscle of your upper arm. Once administered, a low dose of progestin is released into your system over a period of 3 months. This is similar to the progestin in birth control pills and it suppresses ovulation and provides effective contraception for 3 months.

The patch is thin, beige, plastic patch that sticks to your skin. It is usually placed on the skin of the buttocks, stomach, upper arm, or torso once a week for three weeks in a row. Much like the pill, the patch releases synthetic estrogen and progestin into the blood stream. The patch is 99% effective with proper use.

The IUD is a small plastic device, containing copper or the hormone progesterone that is placed by a doctor or health care professional inside the uterus for an extended length of time. In fact, the copper IUD may be used for up to 8 years. It is a highly effective contraceptive and is thought to work by preventing sperm from reaching or fertilizing the egg. The modern IUD is one of the most effective forms of birth control available. Our providers are able to provide IUDs at our clinics.

Implanon is a small implant contraceptive that is inserted under the skin of your upper arm and prevents pregnancy in several ways. The most important way is by stopping release of an egg from your ovary. Implanon also changes the mucus in your cervix and this change may keep sperm from reaching the egg. Also, Implanon changes the lining of your uterus. Implanon lasts for three years and must be removed by your doctor at the end of that period. Implanon is 99% effective.

The NuvaRing is a soft flexible ring that is approximately two inches in diameter and is worn in the vagina for three weeks. The ring contains a combination of estrogen and progestin hormones similar to the hormones used in the pill. The hormones contain within the ring are absorbed continuously, direct into the blood stream through the vaginal walls. According to studies provided to the Food and Drug Administration (FDA) during the approval process, effectiveness ratings are listed at 99% when used according to label instructions. This is comparable to the patch and better than the Pill’s effectiveness ratings.

A vasectomy prevents the release of sperm when a man ejaculates. During a vasectomy, the vas deferens from each testicle is clamped, cut, or otherwise sealed. This prevents sperm from mixing with the semen that is ejaculated from the penis. The testicles continue to produce sperm, but the sperm are reabsorbed by the body. This method is considered 99.85% effective and can be done in our office. A vasectomy is considered a permanent method of birth control and should be thoroughly discussed prior to the procedure.

If you have had sex without birth control or your birth control method has failed within the past 3 days, you can use Plan B to reduce your risk of pregnancy. If it has been longer than 3 days consult your physician.

Plan B is an emergency contraception or back up method of birth control that can only be ordered and taken by women. A prescription from a doctor is NOT necessary to order this product. You can buy Plan B at most big pharmacies. Plan B contains large doses of levonorgestrel that can be found in a single birth control pill. It will decrease your chances of getting pregnant up to 89%. The advantage to Plan B is that easily accessible to women years 18 or older without a prescription. Plan B is also more effective the sooner you take it.

If you think you may be pregnant, SFM offers free pregnancy testing. We hope to partner with you on your 9-month journey. Visit our doctors and providers page to find OB and maternity care providers.