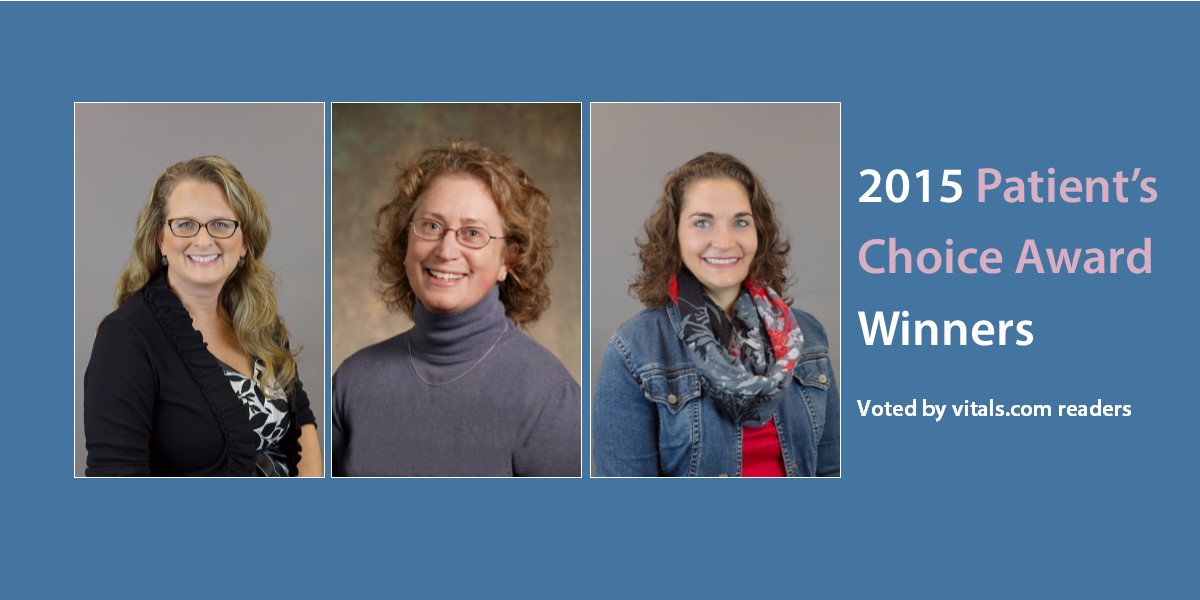 Last week vitals.com announced the winners of their 2015 Patient’s Choice Award. What makes this award so special is that it’s a recognition of top rated doctors based on millions of reviews and ratings collected by patients – only 5% of providers are named winners each year.

Vitals.com states that the average top rated doctor has an average of 28 reviews compared to the 8 that the national average has. This is pretty remarkable since the website has over 6 million doctor ratings and reviews in their database. They also found that Patient’s Choice doctors typically see their patients sooner. “Nationally, the average wait time is 19 minutes, 16 seconds. Vitals Patients’ Choice doctors see their patients almost 4 minutes sooner, with average wait times of 15 minutes, 29 seconds, on average (roughly 20% sooner).” Read more here.

Sound Family Medicine is proud to share that 3 of our providers received this recognition:

Dr. McDonald also received the Patient’s Choice Award in 2011 and 2014. She’s also been recognized by vitals.com with the Compassionate Doctor Recognition in 2011 and 2014 which is measured by responses to the provider’s bedside manner and overall ratings. This is Dr. Merrifield‘s first year being recognized by vitals.com for the Patient’s Choice Award.

Dr. Kevin Taggart was also recognized by patients on vitals.com. He received the Compassionate Doctor Recognition in 2011-2013. In 2014, he was named one of the top 10 doctors in Puyallup for family practice.

For more information on vitals.com and the Patient’s Choice Awards, please visit their website.